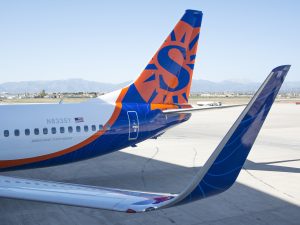 SEM Aerospace, aeronautic area of SEM, keeps expanding a year after the opening in the SH1 hangar in Palma de Mallorca airport.

All year long SEM Aerospace has operated not only with Spanish companies such as  Air Europa, Air Nostrum, Iberia Express or Volotea, but also international ones such as Fly Dubai, Air Arabia, Easter Jet or Sun Country.

In the last processed aircraft, a Sun Country  Boeing 737 800,  accompanied by Socomore and Mankiewicz, SEM Aerospace is pioneer in the use of advanced priming system of high environmental sustainability.

Thanks to Socomore´s Socogel and Mankievicz´s Primer Sevenax, SEM Aerospace has become the first Spanish painting hangar to use these advanced priming system in commertial aeronautical painting.

One step closed to become an international reference of aeronautical painting.

And here you have part of the team who has made that possible! 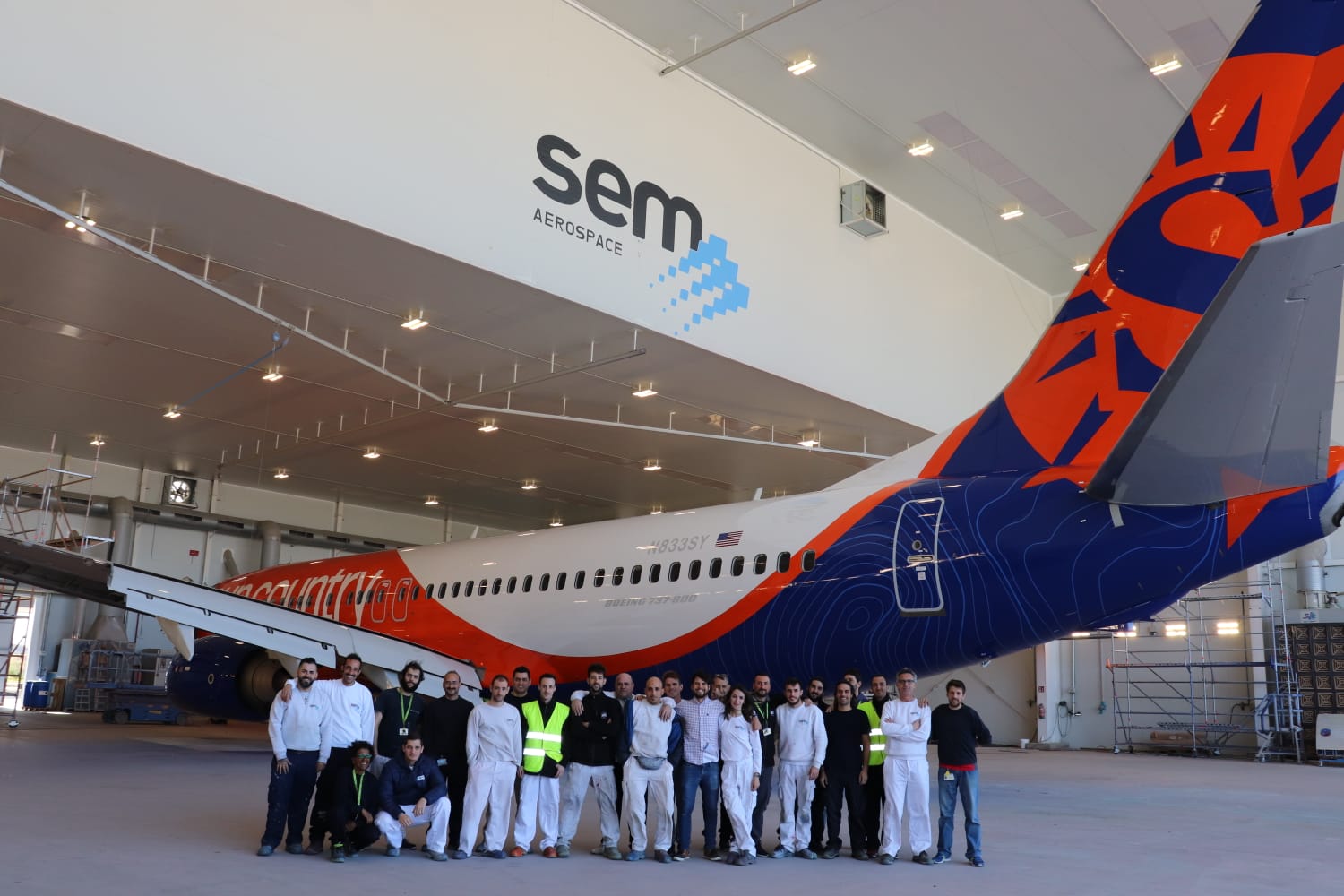